Hanging out in Shreveport is fun if you know where the most interesting places are, and you never know when some of them may be haunted. You may even hear the twang of a famous country music star in the background when you visit my favorite place.

Shreveport's Municipal Auditorium was the place where Hank Williams, Elvis and many other stars performed on the Louisiana Hayride in the 1950's. They actually became famous because the shows were broadcast worldwide on the 50,000 watt radio station AM 1130, KWKH.
1

The King of Rock and Roll Started Here
One of Shreveport's most interesting treasures is the Municipal Auditorium just west of downtown, built in the 1920s. On April 3, 1948, The Louisiana Hayride began a weekly show featuring singers, songwriters and performers. Hank Williams, Elvis Presley, Johnny Cash, and Johnny Horton, are just a few of the acts that went on to fame after performing on the Hayride. Elvis was introduced to the world on that stage with his debut on the Hayride October 16th, 1954. 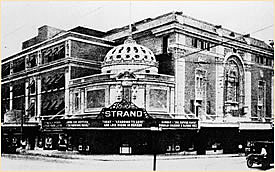 Strand Theatre in Shreveport photo courtesy of their website
2

Located in Downtown Shreveport
The Strand is located in an ideal area for a beautiful opera house and movie theatre. In fact, this beautifully historic and architecturally thrilling building turned out to be the "flagship" of their chain of 320 theatres in the south. It was on July 3, 1925 that the Strand Theatre opened with a production of "The Chocolate Soldier," a comic opera. Today, concerts and shows are held regularly as the Strand has amazing acoustics. I recently saw the Moscow Ballet's Russian Nutcracker there and it was magnificent!
3

Where's a great place to see a concert?
The Hirsch Coliseum is located next to Independence Stadium at the State Fairground in Shreveport. It has played host to many major concerts starring superstars, like Reba McEntire and Garth Brooks as well as other events including PBR rodeos. The Hirsch also with it's ice rink has been the location for many an ice hockey game. It even hosted the Miss USA Pageant in 1997.

How About a Bowl Game?
A much celebrated bowl game in Northern Louisiana, The Independence Bowl is just off of I-20. A bowl game here is fascinating with the towering new Trinitron Television capable of instant replays and brilliant color schemes. This stadium seats 53,000, and boasts some major games with teams like Alabama, Missouri, and North Carolina. 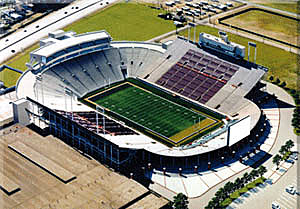 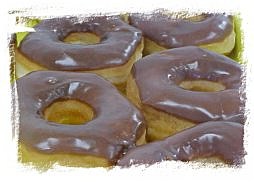 There's nothing like a warm, sweet donut!
Even their donut holes are scrumptious. Southern Maid Donuts are the best donuts in the world, originally created in Shreveport, La., by the Hargroves in 1937. They hitched their wagon to the Louisiana Hayride and became a sponsor of the show, becoming known as the only commercial Elvis endorsed. I like the old fashioned one located on Hearne Avenue because of the classic neon "hot donuts" sign.

There is so much to see and do in Shreveport, but these are a few of my favorite places. You might want to start with the last one I mentioned, Southern Maid Donuts. My grandmother and uncle ran Southern Maid franchises in Dallas for many years and enjoying Southern Maid donuts is a family tradition I plan on continuing.